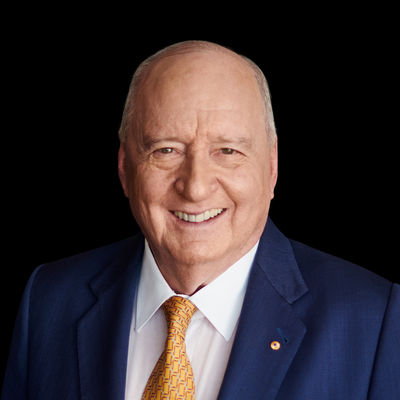 Alan Belford Jones has dominated Sydney’s airwaves for more than 30 years. Australia’s most popular radio broadcaster, he has won 206 consecutive surveys – and counting – for the preeminent breakfast slot.

His long and storied career extends beyond radio. He was a speechwriter for former Prime Minister Malcolm Fraser, and also coached Australia’s National Rugby Union Team, The Wallabies, from 1984-87.

Alan’s voice is unmistakable, his political views often controversial. But rarely does the Man sit on the other side of the Mic. In this special interview, the Swagmen uncover Alan’s secrets to success, his foibles and his flaws. We hear how he deals with isolation, original aphorisms he told to motivate sports stars, and the keys to public speaking, from one of the best.

The Jolly Swagmen Podcast is bought to you by Globite. Since 1911 they have been providing travel goods to Australians young and old. Head to their website and use the discount code SWAGMEN for 20% off.

– The article where Peter Fitzsimons tells the Egg and Bacon story: here
– Alan Jones on 2GB