Grit: The Power of Passion and Perseverance

is Angela Duckworth’s first book, and has been regarded as a potential classic in its field. So far, I haven’t read a more comprehensive book on the psychology of success. Duckworth, herself a very gritty person, defines grit as passion and perseverance for long-term goals.

Why does grit correlate to success? One reason is: most great things take time. Becoming an expert, developing a world-class skill or creating something of lasting value requires lots of toil and practice.

But what about talent?

Duckworth explains the relative worth of talent versus effort with these simple equations:

In other words, effort counts twice as much. To turn your talent into skill takes a lot of effort, and applying that skill to achieve something demands further work.

This is why IQ is not a great predictor of success. In fact, the two may even be inversely correlated, rendering ‘Genius’ a red herring.

As we know, grit is persistent interest in and effort towards a high-level goal.

The first is interest. Gritty people discover, develop, then deepen a particular interest. Long-term commitment to a defined pursuit might become boring, so gritty people employ the tactic of finding novelty in nuance.

Secondly, gritty people practice. In the section on practice, Duckworth considers the concepts of flow, the ’10, 000 hour rule’, and deliberate practice, explaining the necessity of all three.

Thirdly, gritty people have purpose: they see other-oriented meaning in their work, rather than merely selfish motivation. The combination of altruistic and self-interested outcomes has been shown to result in more commitment to a career than either by itself.

Hope rounds out Duckworth’s picture of grit. In this, possibly the most rewarding part of the book, she looks at famous psychological studies on growth, optimism and learned helplessness to show how to become more hopeful.

The key point underlying each of these four features of grit is that they are not immutable, they can be grown from the inside out. (On a side note, if you want to find out how gritty you are at the moment, you can take Duckworth’s grit scale here.)

Duckworth also discusses how teachers, parents and mentors can inculcate grittiness in their children and charges.

At its heart, Grit is a totem to the fact that success and hardship go hand in hand, and that one of the great paradoxes in life is that we must necessarily suffer in pursuit of our values. 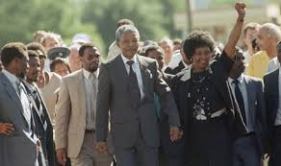 “Ah, how little you know of human happiness – you comfortable and benevolent people! For happiness and unhappiness are brother and sister – or even twins who grow up together – or in your case – remain small together!”

> Mere practice, going through the motions, isn’t sufficient to improve a skill; what’s required is deliberate practice. Deliberate practice is the opposite of mindless repetition. It involves defining a training challenge that stretches your abilities, receiving feedback, and focusing on areas of weakness. This is the iceberg beneath the peak of world-class performers.

> Map out a hierarchy of your high-level, medium and small goals. The point of the exercise is that your small goals (eg. “apply for a writers course” or “go for a 10km jog”) should feed into your medium goals (eg. “complete draft of first cookbook” or “run New York marathon”) which should ultimately connect to a single high-level goal (eg. “change people’s lives through educating them about healthy eating” or “achieve peak biological fitness”). Importantly, Duckworth recommends having at most two overarching goals in your life (one professional, one personal). The reason for this is that gritty people possess a coherence and singularity to their interests that allows them to get really good at one thing over time. Divided attention works against this. In the book, Duckworth actually defines passion as consistency, rather than intensity, of interest.