Start a mobile app, cool restaurant or clickbait website and you’ll be taking civilisation from 1 to n.

Start something categorically new and we’ll be going from 0 to 1.

As PayPal co-founder, Palantir co-founder and Facebook‘s first investor Peter Thiel writes in Zero to One: Notes on Startups, or How to Build the Future

, “The next Bill Gates will not build an operating system. The next Larry Page or Sergey Brin won’t make a search engine. If you are copying these guys, you aren’t learning from them.”

Zero to One is a compendium on startups and civilisational advancement, based on a series of lectures Thiel delivered at Stanford in 2012.

Thiel covers off on diverse topics like founder’s personality traits, a checklist for venture capitalists, the importance of the ‘definite optimist’ outlook, distribution models for startups, and a brief history of the dot.com boom.

> New technology is what enables vertical progress or 0-to-1 transformations. Globalisation ( for example, China replicating the US) is more of a 1-to-n transition.

> Monopoly, not competition, is the best model for delivering transformative technologies. Monopolistic companies understand a ‘secret’ or contrarian truth about the world that others don’t. What enables their domination – the ‘secret’ – is the same thing that creates radical progress. Moreover, monopoly profits free up a company to focus on its mission rather than only on the bottom line (think Google X).

Thiel is a contrarian, and as a former lawyer his opinions are well-reasoned. Yet argument by example creeps into some of his musings, such as his impressions of founders’ traits and his preference for monopolies. Zero to One should thus be read as a philosophical framework for understanding startups and the future. Don’t expect impeccable rigour. 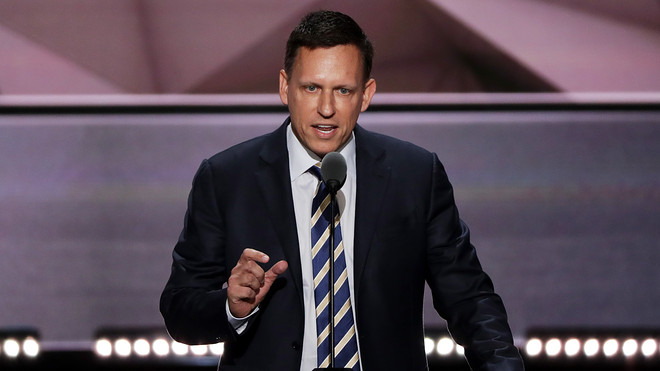 > To create a monopolistic company, don’t try to be all things to all people. Rather, dominate a small market, then spread outwards from there. Thus PayPal began with eBay users and Facebook with Harvard students. The reason why starting small is essential has to do with distribution.

> If you’re VC or startup investor, the ‘spray and pray’ approach will fail. The correct method is to invest in a handful of carefully researched, potentially monopolistic companies. Spray and pray fails because success distribution conforms to the ‘power law’, which is a more extreme version of the 80/20 principle. 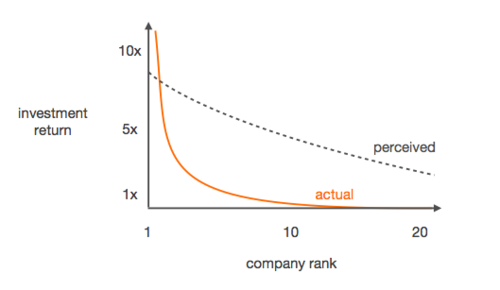 How venture capital portfolios will actually perform vs perception