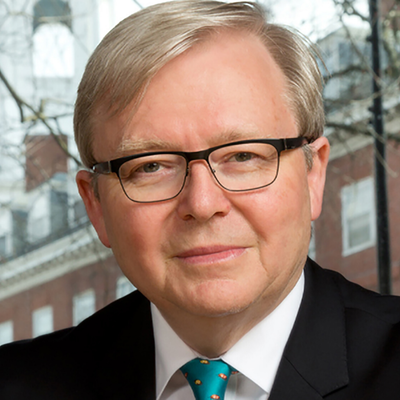 This is an episode about a rising superpower (China) and its ruler (Xi Jinping). It’s also a conversation about what their rise means for an isolated, thinly-populated, complacent country to their south (Australia).

Our guest, Kevin Rudd, served as Australia’s 26th Prime Minister and as Foreign Minister. Before politics, he was a China scholar and a diplomat in Beijing. After politics, he was appointed the inaugural President of the Asia Society Policy Institute in New York — a “think-do” tank dedicated to resolving policy challenges between Asia and the West. He is currently writing a Ph.D. thesis on Xi at the University of Oxford.